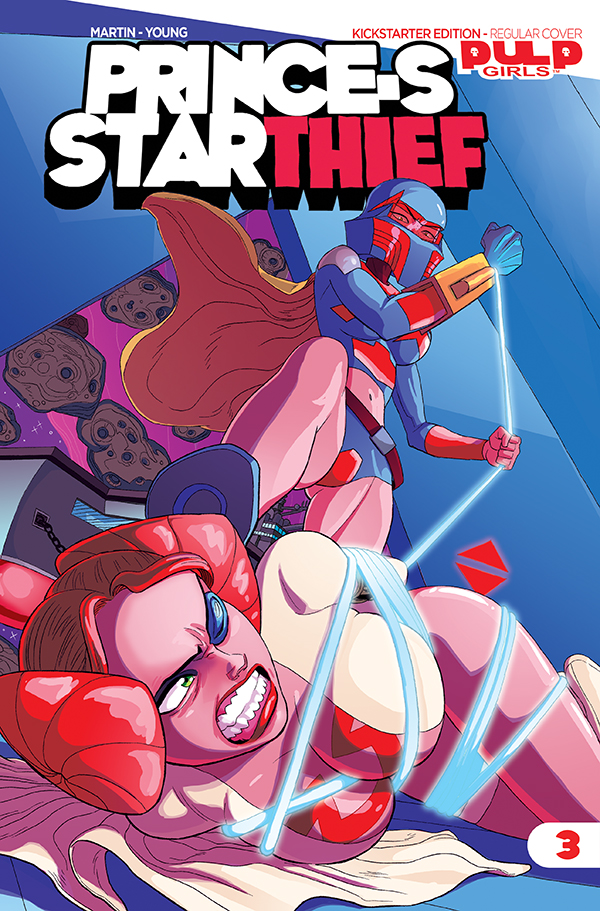 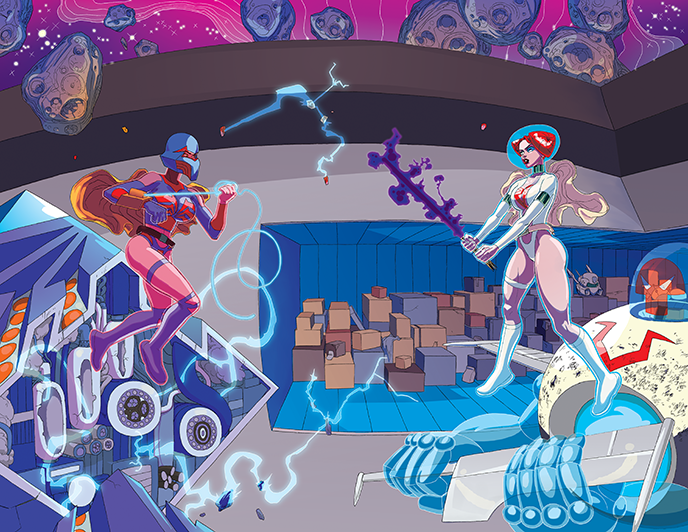 Issue 2 was shipped over the last few weeks, and we've gone straight into issue 3, which picks up right where things leave off! We've tweeked the production so that we can get the book out much faster (bringing in colorist Ronaldo Barata to teamp up with writer/creator/letterer Jason Martin, and artist/shader Winston Young). In fact the book was aleady over 90% completed as of the launch, and is scheduled to ship by this August!

And just like every Kickstarter, we've got lots of cool covers lined up from returning and new exciting artists! 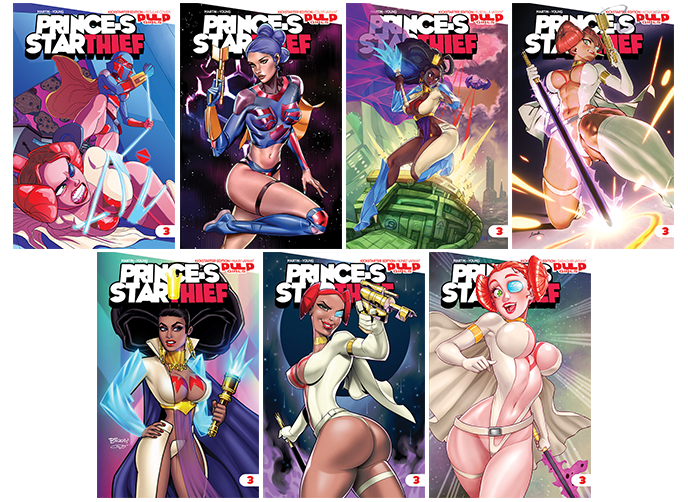 With more covers and rewards offered as add-ons and stretch goal rewards. Be sure to check it out! VISIT THE ISSUE 3 KICKSTARTER NOW 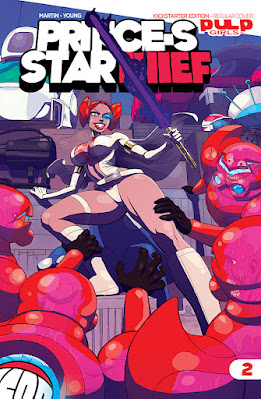 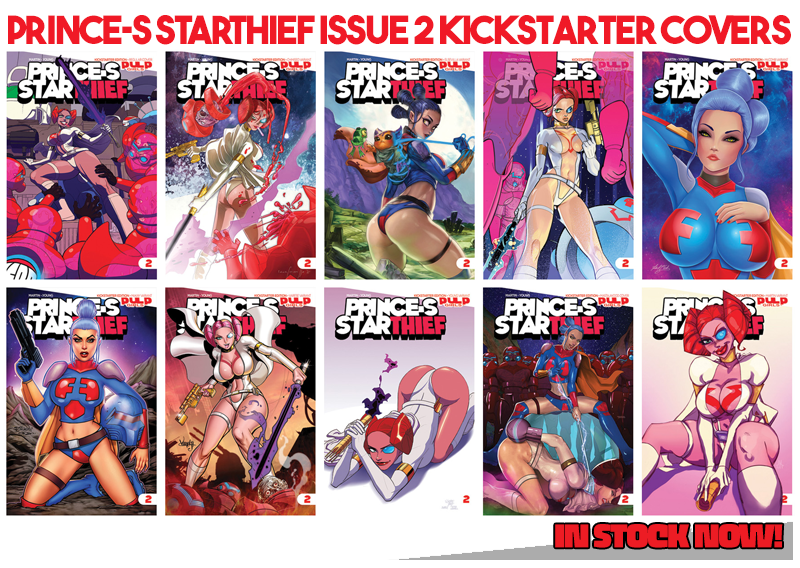 The wait is over - the PRINCE-S STARthief issue 2 Kickstarter books are now in stock! The books can be ordered now VIA THE PULP GIRLS STORE *Supply is limited, some covers may sell out fast! We'll be shipping out our Kickstarter orders over the next couple weeks, and then we'll start to ship out any website orders after that.
Read more